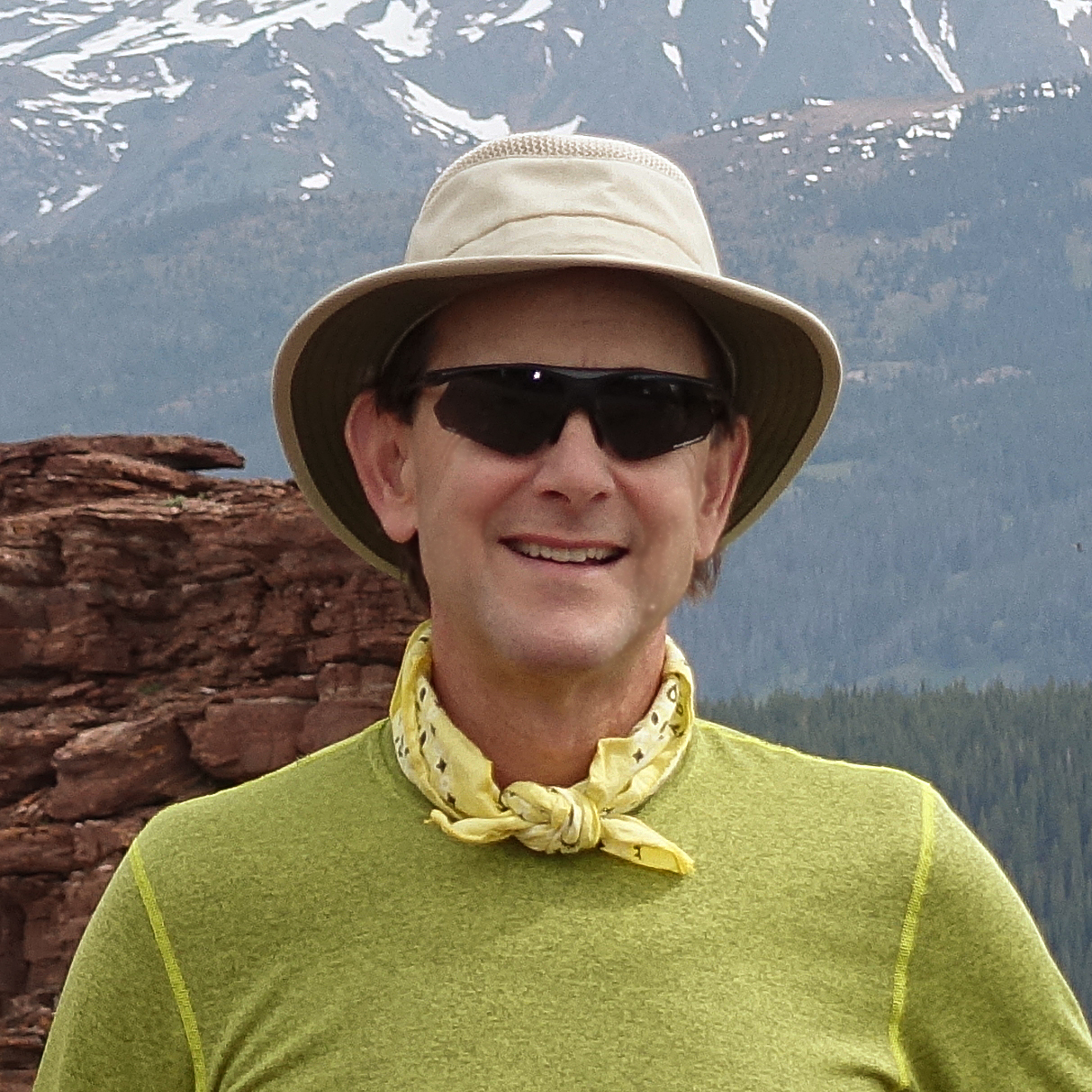 Tom Yager is the new Trail Boss for the Sedona Westerners hiking club for the 2018-2019 hiking year.

Tom was born in New York City and was raised in New Jersey.  He initially earned Bachelor of Science and Master of Science degrees in Ceramic Science from The State University of New York and Penn State University.  He then earned his Ph.D. in Materials Science from Massachusetts Institute of Technology at Cambridge, Massachusetts.  Tom initially spent eighteen years working for Hewlett-Packard as an Engineer and Engineer Manager.  He then moved on to work for other companies, including start-ups.  He finished his career by teaching Physics for seven years at the University of San Diego and Grossmont College.  During that seven years, he also worked as an inventor, establishing twenty patents, which he sold to interested companies.  He decided to retire in 2014 and by then, had chosen Sedona as his retirement home.

Tom is married to Gretchen Yager, who pursued a career as an accountant.  She met Tom at the Massachusetts Institute of Technology and this year they are celebrating their 40th anniversary.   Gretchen also worked at Hewlett-Packard, in Accounting, Human Resources, and the Supply Chain.

The Yagers’ love affair with the Western United States began when Tom was working for Hewlett-Packard in Oregon.  Since Oregon is rainy so much of the year, Tom and Gretchen were compelled to explore the Western United States in search of sunny, dry weather.  Their love of traveling in the West was strongly reinforced in 1994, when they spent a week in Sedona.  Like so many people that come to Sedona, they fell in love with its scenic beauty, moderate climate, and outdoor recreation opportunities.  They continued to come back to Sedona once or twice a year from 1994 until 2013, when it was time to decide where to retire.

In October 2013, they decided to check out the Sedona Westerners hiking club and upon contacting them, they were invited to an after-hike get-together at the hike leaders’ house.  Curt Kommer, the Rough Riders hike leader that day, invited them.  They enjoyed their get-together with the friendly hikers and knew that the Sedona Westerners club would be a good place to make friends and to enjoy a variety of hikes in the Sedona area.  This was a key factor in their retirement decision and so, they decided to retire to Sedona.  In February 2014, they bought a house in Sedona and moved here permanently.

Tom and Gretchen joined the Sedona Westerners in February 2014, as soon as they moved here.  Their earlier experience at Curt Kommer’s get-together had convinced them that the club was right for them.   Tom and Gretchen became more involved with the club over the years and have held several officer positions.  In 2015-2016, Tom served as Dogie Boss, which is the person responsible for organizing the Dogie hikes on Tuesdays.  In hiking year 2016-2017, he was the Mustang Boss, responsible for organizing the Mustang hikes on Thursdays.  In 2017-2018, Tom served as the Wagon Boss, who is the Vice President and Program Director, responsible for coordinating guest speakers for the club’s monthly meetings.  In hiking years 2016-2017 and 2017-2018, Gretchen served as the Foreman, who is the club’s treasurer.  Finally, for hiking year 2018-2019, Tom is stepping up to be the Trail Boss, the President of the club, as justified by his in-depth experience and proven competence in various positions with the Westerners during the past five years.

When asked what he particularly likes about hiking with the Westerners, Tom responded that you make a lot of good friends and the club takes you on great hikes that you might not do otherwise.  Please join us in welcoming Tom Yager as this year’s Trail Boss.

If you are interested in joining the club, please visit the Sedona Westerners website at www.sedonawesterners.org/membership.  Our next monthly meeting will be held Thursday, September 13, at 7 p.m. at the Sedona Methodist Church, 110 Indian Cliffs Road.  Sedona Westerners, written this week by Jeff Fargo, appears every Friday in the Sedona Red Rock News.