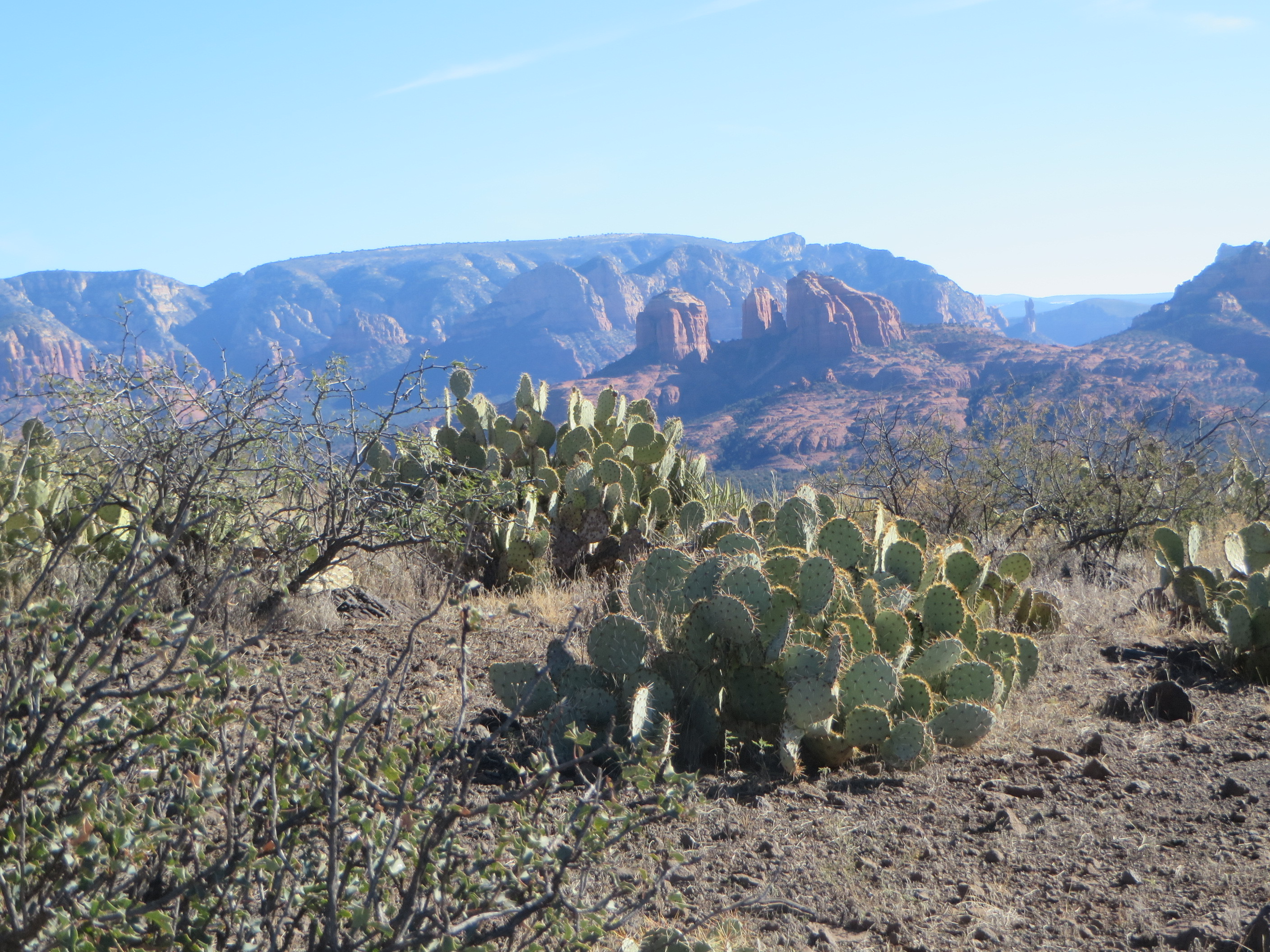 : The Westerners hike the Schuerman and Lime Kiln Trails, hiking through a bit of Sedona History. View is South East looking at Cathedral Rock

The Sedona Westerners Rustlers group gathered on a cold December morning to hike the Schuerman Mountain and Lime Kiln trails.  Today the hike was lead by Liz Sweeney and tailgated by Tony Paunicka.  It was a shuttle hike and we are very grateful for the kind and early risers who drove to the end of the hike, parked their cars and rode back in yet another car to Posse Ground in time for the hike.

We drove to the trail head on Upper Red Rock Loop south of the Sedona high school. Right from the start the views were spectacular and the sun warmed us up quickly.

Volunteers from Friends of the Forest have worked very hard on upgrading this trail, and it shows.  It is well groomed and marked with new cairns and new signage.

The hike leader, Liz Sweeney, gave a short lecture on the geology and history of Scheurman Mountain.  It is an old shield volcano.  Instead of violently exploding and forming a tall cone, shield volcanos ooze up making a tapering cone and pushing up basaltic columns which form part of the ridge toward Red Rock state park.  Schuerman Mountain is named after the family that homesteaded the land in the 1920s.   On the edge of the pasture, the old cattle watering tank is still evident.

The group hiked up about 400 feet to the view point over looking Cathedral rock and the Airport Mesa and West Sedona.  Liz pointed out Lee Mountain and various formations toward Mingus Mountain. Instead of returning to the trail head, we continued across to top the ancient volcano and on through the grasslands.

The group continued westerly and met up with the Historic Lime Kiln trail which led us down to upper red rock loop. A plaque here commemorated the old wagon trail road  and we learned it goes all the way to Dead Horse State Park in Cottonwood and beyond.  The hike concluded at the side of Upper Red Rock Loop and we were shuttled back to the trail head by our kind and early risers.

If you are interested in joining the club, visit the Sedona Westerners at www.sedonawesterners.org or just come to one of our monthly meetings. The next one will be on Thursday, February 9, 2017 at 7 p.m. at Saint John Vianney Parish, 180 St. John Vianney Lane in Sedona.